Ayurvedic Wisdom for the Climate Crisis 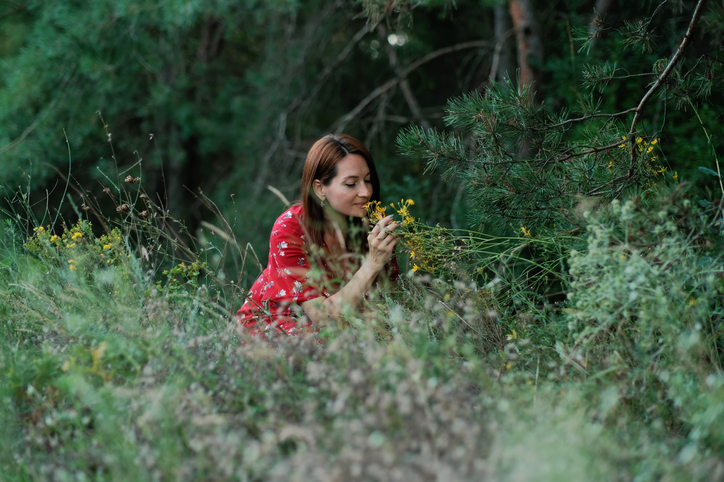 Ayurveda doesn’t apply only to medicine. It has also a lot to offer about the way we treat the environment. Even though Ayurveda uses some products like ghee (clarified butter) in a medicinal way, it encourages people to be aware of what they consume, how much and where it comes from.

According to recent research, without meat and dairy consumption, global farmland use could be reduced by more than 75% – an area equivalent to the US, China, European Union and Australia combined – and still feed the world. Loss of wild areas to agriculture is the leading cause of the current mass extinction of wildlife. Wait a minute, would it mean that on top of being more respectful towards our planet, we could also end hunger in the world? Perhaps we’d be more respectful of each other then. Bah! It would be too easy, let’s forget about it and get some more juicy burgers injected with antibiotics to cure our hangovers!

Since I don’t have on my resume the tools to become an organic and sustainable farmer – if there is such a thing – who would kill, myself, my animals to provide food for my family… I became a vegan. Since, I might add, my cholesterol levels are more excellent than ever. I’m not saying that everybody should stop eating meat. It’s just our way of producing and over-consuming it that is unsustainable, and goes against Ayurvedic principles.

As an Ayurvedic student, the most impactful class of all was probably the one when my teacher, Dr. Nandan, introduced me to the concept of ‘Janapadodhwansa vyadhi.’ Don’t worry, I can’t pronounce it either. It means the mass annihilation of humans caused by epidemics through the disruption of the laws of nature. It references the traditional texts of Ayurveda outlining that when the water, the air, and the environment get toxic, and when the seasons lose their cycles, disasters happen.

Nowadays, we are experiencing all four of these phenomena at once.

“Ayurveda teaches us that one of the root causes of our societal problems is a disconnection from nature, that eventually leads us to a state of greediness”, he said. Or, in other words, overconsumption is at the root of climate change.

For instance, we can’t just cut down trees and eradicate forests without consequences. Indigenous people have been saying this for a very long time. Now, scientists have confirmed that the Amazon rainforest has become a source of CO2 emissions, rather than a sink for it.

Human beings on the whole attempt to dominate nature rather than live in harmony with it. Failure to adequately care for and protect our planet, unsustainable practices, and overconsumption are contributing to the breakdown of ecosystems and the extinction of species. This September, the U.S. Fish and Wildlife Service announced that 23 species from the Endangered Species Act (ESA), including the ivory-billed woodpecker, would be officially declared extinct before the end of the year.

To me, this ancient wisdom, Ayurveda, was invaluable in navigating my way back to a more balanced way of living, where I would finally embrace nature as part of myself. It guided me to question my way of living. What do I really want? For me and for others? Is that fast paced life my best option? Is taking an Advil the best solution for my headache or is the latter rather a warning sign from my body telling me I should rest?

Questioning my diet improved digestion, which has had a positive impact on my mood and levels of energy. The new perspective that Ayurveda brought me, not only helped me broaden my awareness in general, but revealed a lot about climate change. It motivated me to look for more information, beyond Ayurveda, to be a better observer.

It also gave me tools to deal with my climate anxiety. “What can I do? The media tells me that I’m doomed, unless I’m part of the super rich who will find a way to move to Mars! And even if I made it, I already get sick on planes, so I don’t even want to imagine how bad I would feel on a rocket…” This used to be my way of reasoning. Now, I know there are other solutions that would be a great fit for everybody and bring more balance to our planet.

At a time when environmental and social justice are coming together, I wish people started listening more to the wisdom that indigenous communities and philosophies, such as Ayurveda, have been saying for thousands of years. I wish we could all be inspired by them!

In order to solve our climate crisis, I think we need to recognize that our bodies, our communities and the environment are interconnected and mirror one another. I know my choices affect yours. So when I choose to create a sustainable lifestyle, it will affect you positively. When I choose love over hatred, you will feel less alone. When I choose not to be silent, you will benefit from it too.

In the words of Franklin D. Roosevelt, “courage is not the absence of fear, but rather the assessment that something else is more important than fear.” Courage often comes with sacrifices, which for me, started with cheese. 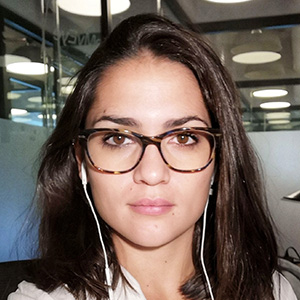 Oceanne Hentschel is a multimedia journalist and climate activist. She loves hiking and spending time in nature with her dog, as well as cooking and writing. She was born in France but traveled a lot around the world, living in Argentina and Spain, before moving to the US during the pandemic. She's now based in Seattle, WA.

NextA Western Mind’s Journey into the Eastern Wisdom of AyurvedaNext

Nourish your Inbox by Subscribing to the LiveWise Newsletter